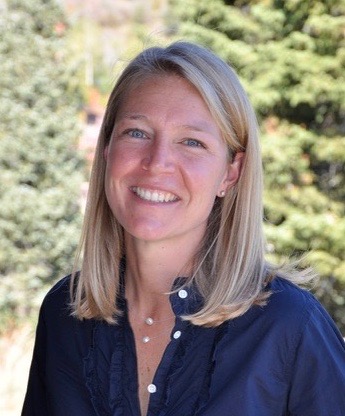 Katherine joined the Park City Community Foundation in the summer of 2019. Originally from New Hampshire, she and her husband Roger moved to Park City just after getting married in 2002. Their love of the mountains, skiing, mountain biking and outdoor adventure made Park City an easy choice for starting their life together. Katherine practiced as a pediatric occupational therapist at Primary Children’s Medical Center in Salt Lake City for several years before starting a family. While raising two young children, Katherine pursued a number of personal and professional interests, including an entrepreneurial venture in which she created and sold a boutique line of children’s clothing.  As her children became more involved in Park City sports, Katherine began volunteering her time with their teams. She became particularly involved with her son’s freeski team. Just prior to joining the Park City Community Foundation, she served as the Volunteer Coordinator for Park City Ski & Snowboard during two large scale events, the 2018 Freestyle and Freeski Junior Nationals and the 2019 FIS Freestyle, Snowboard and Freeski World Championships. Katherine can be found most often chasing her husband and two children down the Park City trails, hiking her yellow Labrador and pursuing her love of art.