Steve is happily retired after a 30 year career in the Mortgage Banking business.  He founded and served as CEO & COB of both National Pacific Mortgage and Pacific Republic Mortgage operating 36 offices in eight western states.   His career also included serving as President of Pacific First Mortgage, Western Division President of Old Kent Mortgage and Western Division SVP of GMAC Mortgage.  While in the business, Steve served on FNMA’s Western Region lender advisory board and the California Mortgage Banker’s board.  He also served as chairperson of Cal State Long Beach’s school of business advisory board and is a past board member of the UCSB Foundation.  He and his wife Deborah, along with their two sons Reid and Grant, now manage the Ginder Family Foundation which has donated in excess of $1.5 million to worthwhile charities in California and Utah.  Steve received a BA in economics from UCSB and an MBA in finance from USC.  He is also an avid sailor, skier, fly fisherman and struggling golfer!

J. Taylor Crandall is a Trustee of the Lucile Packard Foundation for Children’s Health, and currently serves on the Board of Trustees of the Cystic Fibrosis Foundation and the U.S. Ski & Snowboard Team Foundation. He is also the Secretary-Treasurer of the Anne T. and Robert M. Bass Foundation. J is a founding Managing Partner of Oak Hill Capital Partners where he has been affiliated with the firm and its predecessors since 1986. Previously, J served as Chief Operating Officer of Keystone, Inc., playing key roles in nearly all of the major transactions in which Keystone has invested. Prior to joining the firm, J was a Vice President with the First National Bank of Boston. J earned a BA degree from Bowdoin College and an honorary doctorate in humane letters from Bowdoin College in 2010.

Paige is a Director at Bank of America Merrill Lynch where she has worked for over 22 years. Paige spent over 15 years in Equity Sales and Trading. Currently, Paige leads Business Development on the Global Transaction Services Innovation Team. Paige also served on the US Swimming Investment Committee for over 15 years. She is a former US Swimming National Team member and received an MBA from the University of Texas at Austin.

Franklin serves as a Director and Investment Committee member of the Golden Apple Foundation, which fosters excellence in teaching. Additionally, he is Chairman of the Investment Committee at the Northeast Illinois Council of Boy Scouts of America where he has received a District Award and Council President’s Award. Other board positions include director and shareholder at Credo Capital Management, LLC., trustee at Diocesan Foundation and trustee at Northfield, Illinois Police Pension Plan. Professionally, Franklin worked for more than 15 years as Senior Vice President, Director of Research, Investment Committee member and shareholder at Ariel Investments, LLC. based in Chicago, IL. Prior to that, he worked as Vice President of Research at Alex Brown, Inc. Franklin received a BA in Political Science at Middlebury College and an MBA from Darden School of Business at the University of Virginia.

Mike is First Vice President – Financial Advisor at Morgan Stanley Wealth Management in Park City. Mike completed his Executive Education at The Wharton School to become a Certified Investment Manage Analyst and is also a Certified Financial Planner practitioner. He works with small to mid-size businesses and their owners and select individuals helping his clients create, manage, protect and transfer wealth. Currently, he is Board Chair of The Speedy Foundation and Chair of the Investment Committee. He is also on the Finance Committee for the National Ability Center and an active member of the Park City Rotary Club. Past board of director positions include Park City Friends of Animals, Summit County Open Space Committee, Park Silly Sunday Market, United Way of Salt Lake and Summit County Advisory Board. He graduated from the University of Utah.

Steve currently serves on the Advisory Committee of Love, Inc., a local charity in Red Bank, New Jersey, and is an “Afterguard” member of The Corinthians, a sailing association. He joined JP Morgan in 1970 and spent 28 years in various market related positions including fixed income sales and trading, investment portfolio management, and risk management. Upon retiring in 1998, he partnered with other investors and founded Rumson-Fair Haven Bank and Trust Company. He served as President and CEO until 2003 and currently is an active member of the Board of Directors. He joined the Board of Trustees of Community Foundation of New Jersey (CFNJ) in 2003 and served as Chairman of the Board from 2006 to 2009 where he established the Tyler Family Fund, a donor advised account, and was Chair of the newly founded Monmouth County Division. Steve received his BA in 1969 from Cornell University. 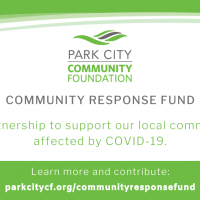 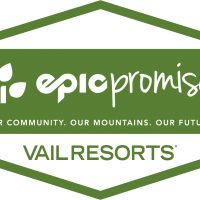 March 30, 2020 — The Katz Amsterdam Charitable Trust announced $2.5 million in grants to support Vail Resorts employees and mountain communities. Park City Community Foundation has received  $200,000 to support our Community Response Fund! Our most sincere thanks goes to the Katz Amsterdam Charitable Trust and Vail Resorts for supporting our mountain town. The END_OF_DOCUMENT_TOKEN_TO_BE_REPLACED 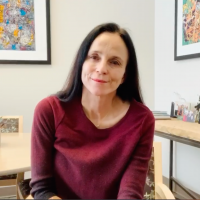 Our Community Response Fund is helping with an immediate response to the unprecedented COVID-19 crisis. Rapid-response, unrestricted grants are increasing resiliency in disproportionately affected communities by addressing the economic impact of reduced and lost work due to the pandemic, and the immediate needs of economically vulnerable populations caused by COVID-19 related closures. Current grantees are END_OF_DOCUMENT_TOKEN_TO_BE_REPLACED 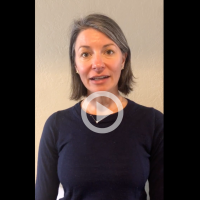 March 26, 2010–Executive Director Katie Wright talks about Park City Community Foundation’s efforts in light of the COVID-19 crisis. Katie acknowledges the tough time our community and nonprofit organizations and are facing. Thanks to so many of you, our Community Response Fund has now raised $300,000 to support frontline nonprofit organizations offering vital services to END_OF_DOCUMENT_TOKEN_TO_BE_REPLACED 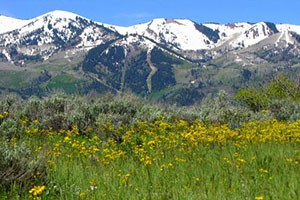